Get In On The "Fix and Flip" Market 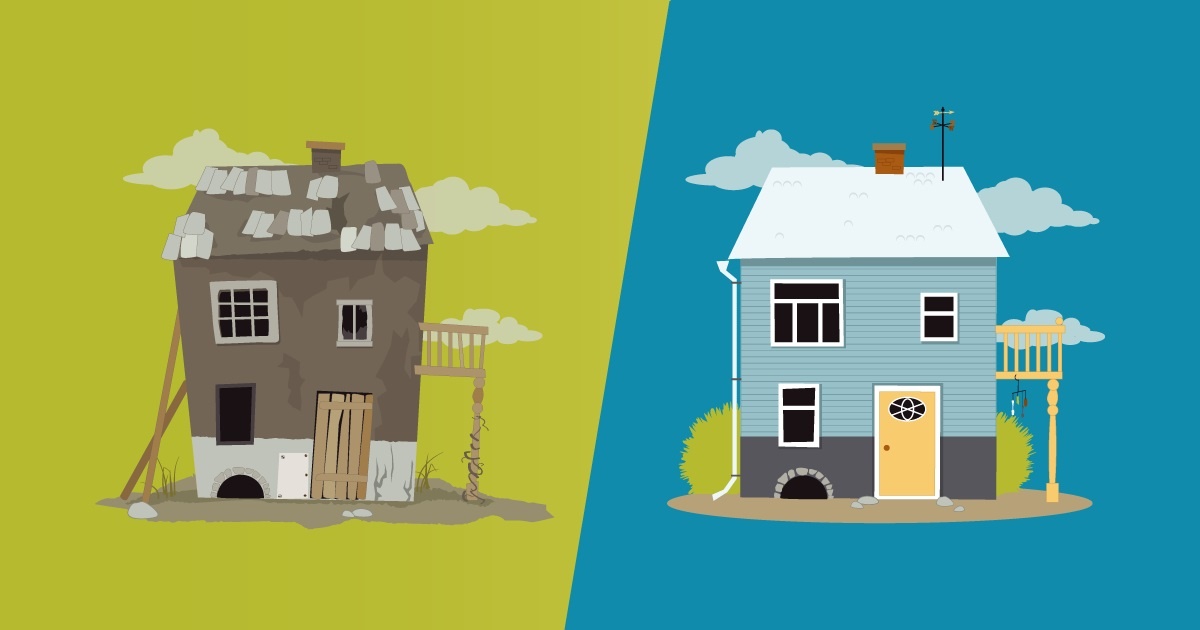 Should you get involved in the “fix and flip” market?

Steve McIltrot is the owner of A Humble Abode, a Seattle home remodeling company. He got involved in the fix and flip market when he started working with a local realtor who calls on him to turn a non-selling foreclosure into a quick sale. According to McIltrot, fix and flips can be a gold mine. In fact, “Fix and flip now is what the stock market was in the ‘90s,” he says

If you’re thinking about getting into this lucrative market, it’s a good idea to have a reliable remodeling company at your disposal. Although the typical fix and flip repairs/spruce-ups are minor, i.e., ones you can perform yourself, you could run into snags.

Dan Auito, author of “Complete Home Rehab in 10 Days,” says that in order to succeed in F&Fs, “You must be somewhat of an appraiser and deal finder. It takes time to recruit your cosmetologists, but you will run across them in your travels. Friends and family usually can provide you with some serious leads. Start networking and talking to tradesmen. Get their numbers and schedule them to descend upon your ugly duckling at certain times and watch the transformation begin.”

One way to avoid potential “money pits” according to Auito, is to be sure that three areas of the house are solid: electrical, plumbing and heating/cooling systems. “These systems are expensive to correct in relation to the value they return to you upon resale,” Auito says.

Other areas to pay close attention to: roofing, foundation and structural integrity. Unless you have a large corporation backing you with an open checkbook, you want to stay away from foreclosures that have problems in these areas, because your return on investment won’t be substantial enough to make it worth your while.

Try to find foreclosures with simple “cosmetic” problems. Find yourself a reliable remodeling company and use the following procedure to turn over your investment in short order, according to Dan Auito:

1. Order a dumpster for the next ten days and get your demolition man to throw out everything including the kitchen sink. In other words, clear the decks.

2. After the house is cleared of debris, it’s time to patch and paint. Let your painters blast the place with their airless paint-spraying arsenal inside and out. Within three days, you’ll have added a huge improvement to your investment. This is the biggest dollar-for-dollar return you can make. Make sure that quality paint is used. “When it comes to painting,” Auito says, “it’s the labor that kills you, not the material. If possible, insist on Sherwin Williams Super Paint. It is a miracle-type formula that covers up bullet holes without any patching compound and it lasts forever. It’s worth every penny; insist on it.”

3. After the painters leave, the flooring guys can lay tile and carpet, which will take two to three days.

4. Next bring in the cabinet installers and handyman plumber.

“Ten days are up,” Auito says, “and this house is either held out for rent, lease-optioned or sold for a whole heck of a lot more than the ten grand that was put into it, if that much.”

Auito gives this example of a successful F&F: “I bought a house for $255,000. Its deficiencies were purely cosmetic. I used other people to do all the work and I pitched in to keep them organized. Ten days later, it was done. I spent a total of $10,000 on materials and labor and it appraised at $300,000 in 10 days!